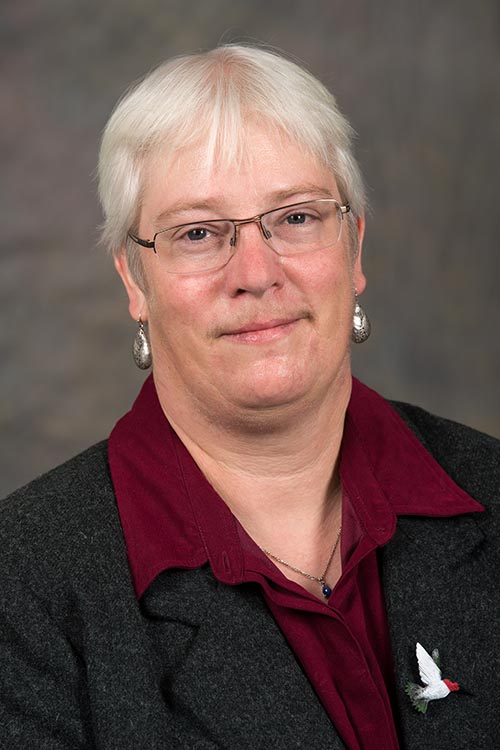 The Gloss lab uses biochemical and biophysical methods to characterize protein macromolecular assemblies, focusing on three systems: 1) folding of oligomeric histone proteins; 2) assembly of the core nucleosome; 3) haloadaptation of enzymes from the archae extreme halophiles. The overarching goal of these studies is to understand how protein sequence encodes structure, stability, assembly and function.

In the past two decades many protein folding studies have focused on small, single domain monomers, which fold by two-state kinetic mechanisms, with no transiently populated intermediates. These experimental studies, coupled with advanced computational approaches, have suggested that folding intermediates may be kinetic traps which hinder productive folding. Focusing on the canonical histone hand-shake dimerization motif, we are providing an essential extension of protein folding studies to oligomeric proteins, and asking how does a protein’s primary structure encode its secondary, tertiary and quaternary structure and the mechanism of efficient formation of intra- and intermolecular contacts to yield the native three-dimensional structure. We have found a positive correlation between the population of kinetic intermediates and faster dimerization and folding, suggesting the hypothesis that, for larger proteins, kinetic intermediates accelerate productive folding. We are testing this hypothesis with WT and mutant forms of the eukaryotic heterodimers, H2A-H2B and H3-H4, and two archael homodimeric histones, hMfB and hPyA1

The nucleosome core particle (NCP) is the fundamental repeating unit of DNA compaction into chromosome. The dynamic nature of the NCP is an important regulator of many DNA-templated chemistries: transcription, replication, recombination and repair. Misregulation of these chemistries leads to a range of diseases, particularly cancer. Our long-term goal is to understand how histone alternations (sequence differences in histone variants or post-translational modifications) and interactions (with histone chaperones or chromatin remodeling complexes) regulate NCP stability, assembly and dynamics. Our current focus is development and utilization of protein-protein Förster Resonance Energy Transfer (FRET) system to monitor the equilibrium and kinetic processes of H2A-H2B dimer dissociation from the H3-H4 tetramer & DNA binary complex.

The goal of this research is to determine the sequence determinants that permit function of enzymes from the archae extreme halophiles at high ionic strength (2 to 4 M) and correspondingly lower water activity. The results will elucidate how the aqueous solvent and ionic cosolutes influence the stability, solubility and catalytic activity of enzymes—information that is essential for the engineering of better biocatalysts for a range of biotechnological applications. We use the well-characterized E. coli dihydrofolate reductase (ecDHFR) as our mesophilic model for comparison to the DHFRs from Haloferax volcanii (hvDHFR1 and hvDHFR2). The ionic strength dependence of several properties of the WT and mutant DHFRs are being examined: equilibrium stability, substrate affinity, catalytic activity and enzyme solubility.