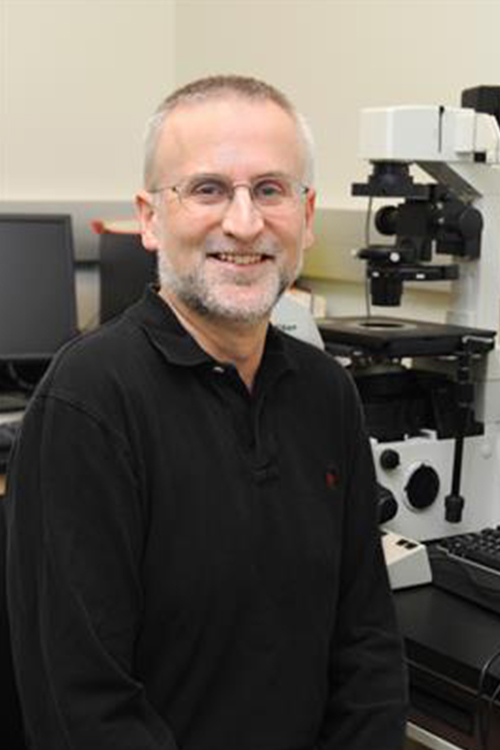 Communication between cells and the environment is essential for development, homeostasis and repair of tissues. Our research in this area focuses on the interaction between epithelial cells and the extracellular matrix. Our primary goal is to define how members of the laminin family of matrix molecules and their receptors regulate the behavior of skin and lung cells in normal and diseased tissues.

One of our projects involves studying cell surface receptors of the integrin family and the mechanisms via which they determine not only the precise pattern of deposition and assembly of laminin matrix in the skin but also cell polarity and motility. Our analyses involve molecular genetics, dissection of signaling cascades and live cell imaging. The movie below depicts our model of the molecular mechanisms governing motility and is consistent with data we published in a series of papers over the last few years (Sehgal et al., 2006; Kligys et al., 2009; Hamill et al., 2009, 2011, 2013).

In a second project, we have uncovered novel functions for laminin matrix in the transduction of mechanosignals in the alveolar epithelial compartment of the lung. We are currently working on how laminin regulates alveolar epithelial cell differentiation and how genetic manipulation of signaling pathways in alveolar epithelial cells impacts normal and diseased lung cell function in vivo and in vitro. We have also recently identified a highly unusual organization of matrix adhesions in primary lung cells maintained on a micropatterned substrate. These data are published in Eisenberg et al., 2013 (see cover picture below).