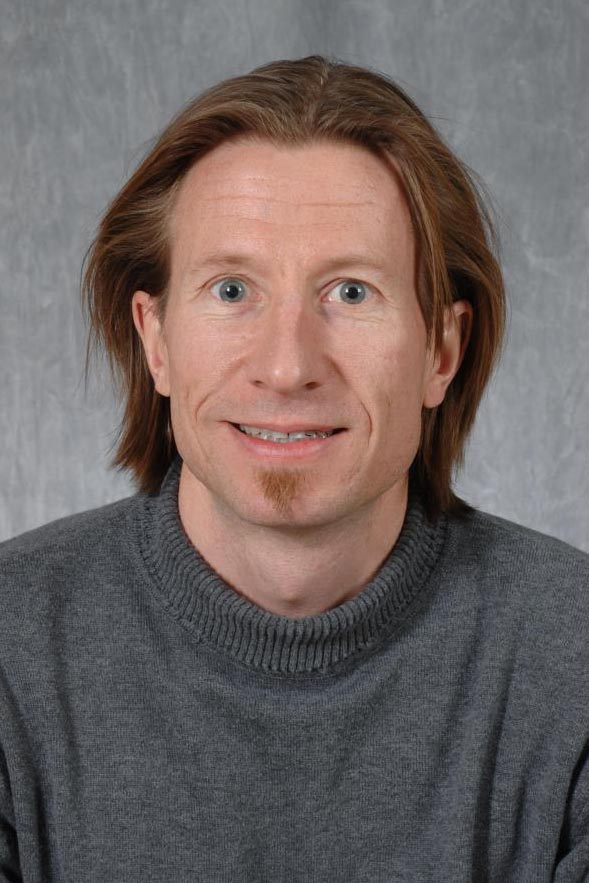 Dr. Omsland grew up in Norway, right outside the capital of Oslo. After earning a degree in Chemical Engineering in Norway, he moved to the US motivated by the prospect of graduate studies. Dr. Omsland earned his PhD in Cell Biology and Anatomy from the University of Arizona in 2005. Following completion of his PhD, Dr. Omsland did his postdoctoral training at Rocky Mountain Laboratories in Hamilton, Montana. Dr. Omsland established an independent research program at Washington State University in 2013.

Besides research, which keeps me both busy and entertained, I enjoy playing music, photography, hiking, and cooking - Cheers!

Most people think of bacteria as free-living organisms. However, a number of prominent bacterial pathogens are parasitic in nature and rely on co-existence with a so-called host cell. Bacterial obligate intracellular parasites (BOIPs) actually invade and replicate within their eukaryotic host cells: Chlamydia trachomatis, a major sexually transmitted bacterium; Rickettsia prowazekii, the historically significant cause of epidemic typhus; and Coxiella burnetii, the cause of Query fever, all belong to this group of bacterial pathogens. Within their intracellular replication niche(s), BOIPs have access to metabolites produced by the host and have thus evolved to scavenge these nutrients rather than producing them. Over time, this parasitism has resulted in loss of biosynthetic capacity and highly specific adaptation to their intracellular replication niches. We study how parasite metabolic capacity and nutrient requirements shape the interaction between BOIPs and their host cells. Because numerous BOIPs cannot be cultured in the absence of a host cell even under laboratory conditions, design of culture platforms for these organisms is important to facilitate their study.

1 - Design of host cell-free culture tools for the Q fever agent Coxiella burnetii
In 2009, while a postdoctoral fellow at Rocky Mountain Laboratories, efforts to characterize nutritional and physiochemical requirements for the prototypical bacterial obligate intracellular parasite C. burnetii (first described in 1937) resulted in design of a host cell-free (axenic) culture system for this pathogen. In 2017, we utilized axenic culture to identify conditions that may explain why C. burnetii is restricted to replicate within the so-called Coxiella Containing Vacuole of eukaryotic (host) cells. Access to improved research tools have opened new avenues for C. burnetii research and encourage similar efforts with other clinically relevant pathogens for which host cell-free culture tools have not been developed (e.g., Chlamydia, Rickettsia, Anaplasma, Ehrlichia, and Liberibacter).

In 2012 Dr. Omsland was involved in establishing that the infections Elementary Body (EB) and replicative Reticulate Body (RB) cell forms of Chlamydia trachomatis respond to specific energy sources, challenging the dogma that the EB form is metabolically dormant. This observation encouraged assessment of whether the EB responds to nutritional cues to actively maintain optimal infectivity following deposition on mucosal surfaces prior to infection. In 2018, Dr. Omsland and collaborators (Grieshaber Lab at the University of Idaho and Ted Hackstadt at Rocky Mountain Laboratories, NIAID, NIH) expanded on these observations and established that the EB form of C. trachomatis can utilize chemically diverse substrates to actively maintain infectivity.

Dr. Omsland works on bacterial obligate intracellular parasites (BOIPs) with active projects on Coxiella burnetii, Chlamydia trachomatis, and species of the genus Liberibacter. C. burnetii is a zoonotic pathogen that causes human Q fever. C. trachomatis is a leading cause of sexually transmitted diseases, as well as trachoma, a potentially blinding ocular infection most commonly diagnosed in developing countries. Species of the genus Liberibacter infect a variety of economically significant crops, including citrus, potato, and tomato.

Both C. burnetii and C. trachomatis are BOIPs that depend on invasion of eukaryotic host cells to establish infection and complete their biphasic developmental cycles. Both pathogens have undergone genome reduction and thus lack the ability to synthesize numerous metabolites which they consequently scavenge from their host cells. Over the past few years Dr. Omsland’s research has focused on understanding physiochemical and nutritional requirements of BOIPs in part to develop host cell-free (axenic) culture tools to facilitate research on pathogens that normally exist in a complex association with their host cells. Moreover, axenic culture facilitates development of diagnostic, epidemiological and genetic tools for the study of these otherwise “hard-to-study” pathogens. Ongoing projects include nutritional regulation of pathogen virulence and developmental cycles.

Unlike Coxiella and Chlamydia, species of the genus Liberibacter include several plant pathogens, some of which are transmitted by insect vectors. While dependent on a parasitic relationship with a host for replication, “Candidatus Liberibacter asiaticus”, the likely cause of citrus greening disease, has never been isolated from naturally infected plants or the pathogen’s psyllid vector, Diaphorina citri. While metagenomics-derived genome sequences are available for several Liberibacter species associated with citrus greening disease, knowledge about basic biological characteristics related to host-pathogen interactions and virulence mechanisms is very limited. Development of axenic culture tools to facilitate study of “Ca. L. asiaticus” is arguably an essential component of a long-term management strategy for citrus greening disease, a problem threatening the US citrus industry. In collaboration with several laboratories at Washington State University, the University of Florida, and the University of Arizona, we aim to isolate “Ca. L. asiaticus” via the use of novel culture techniques.